Big Data Statistics: How Much Data Is There in the World?

How much data is there in the world? 64 zettabytes — not including physical data (books, paper documents, etc.)

Data is growing at a faster rate than ever before.

90% percent of the world’s data was created in the last two years. And every two years, the volume of data across the world doubles in size.

But just how much data is there in the world today? Let’s look at some leading studies to understand not only the numbers, but the context behind the numbers.

What is Data? A Brief Definition.

Merriam-Webster Dictionary defines data as “actual information (such as measurements or statistics) used as a basis for reasoning, discussion, or calculation.” Data has existed long before computers. Five-thousand years ago, Sumerians used cuneiform tablets to keep track of livestock and property.

But non-digital data is not expanding nearly as rapidly as digital data. If you took all of the information from all US academic research libraries and lumped it all together, it would add up to 2 petabytes.

Back in 2008, Google was already processing 20 petabytes a day. That’s why we must focus heavily on digital data to answer our initial question


What Led to this Explosion in Data?

The world’s data volume has increased dramatically in the past twenty years for several interlocking reasons.

According to Moore’s Law, digital storage becomes larger, cheaper, and faster with each successive year. And with the advent of cloud databases, previous hard limits on storage size became obsolete. Since 1986, the amount of available data storage in the world has in increased rapidly, reflecting this new reality:

In the early 2000s, companies such as Google and Facebook harnessed cloud infrastructures to collect massive amounts of user data for customer targeting. Companies around the world soon adopted similar big data tactics. And as billions of new users gained internet access across the globe, data generation increased enormously.

Adding It All Up: How Much Data Is There in the World?

When estimating the amount of data in the world, we might find it helpful to break down the total into smaller increments.

Let’s start by examining the amount of data that’s generated every day. Raconteur’s infographic gives a sense of what a day means in terms of global data generation. Now what about the amount of data generated in a year? According to Statista Digital Economy Compass, the world generated 33 zettabytes of data in 2018 alone.

These snapshots by minute, day, and year are certainly helpful. But they aren’t broad enough to answer our question – how much data is there in the world? Here’s the big answer. According to IDC, the overall global datasphere reached 64 zettabytes in 2020. Some surprising findings in that report include:

But what about those old mainframes, non-networked machines, local hard drives, and all the other unreachable forms of digital data? And what if we include non-digital data: insurance forms, books, instruction manuals?

The truth is, it’s hard to factor in some of that data. So perhaps it’s best to look at 64 zettabytes as the lower bound, a minimum estimate for how much data there is in the world.

How Much Global Data in the Future?

With data growing at such a spectacular rate, how much data will there be in the world in the future? It’s hard enough to predict how much data there is in the world right now, let alone in the coming years. But several researchers dug into the problem, and came up with some interesting findings.

The IDC in particular has done good work on this: their team predicts that the global data volume will expand to 175 zettabytes by 2025. And an estimated 90 zettabytes of this data will come from IoT devices alone. Meanwhile, Forbes predicts that 150 trillion gigabytes of real-time data will need analysis by 2025.

And with the size and complexity of the data, companies will likely use a data management platform to prepare the data for analysis and deliver it to destinations, including AI and ML workflows.

Up, Up, and Away: Harness the Data Trends on the Horizon

As the volume of data in the world continues to grow exponentially, companies that put solutions and processes in place to master their data will rule the day. This explosion in data across the world presents a challenge – but also an opportunity.

Those who understand where the industry is headed can build leaner, more scalable data infrastructures now to enable success later. It’s a fun academic exercise to wonder how much data there is in the world. But data professionals really need to pay attention to the trends that are determining the answer to that question. 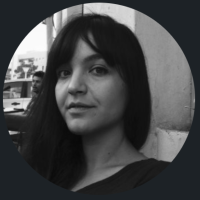 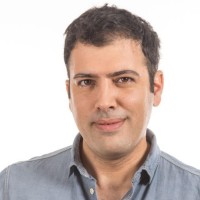 What Does the Rise of Data Mesh Mean for Data Tooling?
Chen Cuello 11th January 2023