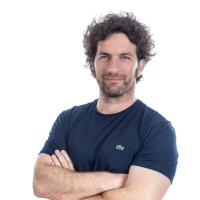 Nearly $4 billion will be invested by brands this year to advertise on Twitter.

Alongside Facebook and Google, Twitter is for many advertisers a significant part of their social marketing mix. With over 300 million monthly users and half a billion tweets sent every single day, the platform’s agility is a valuable resource for companies to reach their audiences online.

What’s more, since over 80% of Twitter usage is via mobile, it brings many brands the opportunity to build and grow their mobile presence by targeting on the platform – whether this is via sponsored posts or ads.

We’re proud to introduce a brand new data integration for Twitter Ads. Something that came out of demand from Rivery users who also wanted to be able to aggregate data from their Twitter campaigns – giving them the ability to manipulate the data from their Twitter ads and benchmark its performance against that of other advertising channels such as Google or Facebook ads.

Twitter Ads integration on Rivery enables our users to pull all the data without the traditional constraints of using Twitter’s console, which shows campaign analytics for determined time-frames and doesn’t always give marketers the ability to slice and dice the information so it’s aligned with their KPIs.

This new addition to Rivery, which is in sync with Twitter Ads API, will let you gather all the data points on your twitter ad spend, the impressions generated and the clicks achieved through your campaigns.

As marketing teams begin to understand the power of unifying all campaign insights to assess performance across their many advertising channels, Rivery is an instrumental ally to enable BI and Campaign Managers to streamline and simplify how they collect, gather and analyze campaign ROI with better data.

We look forward to hearing what you think of this new addition to our suite of integrations. If you have any questions or would like to learn more about it, get in touch! And since we’re on the subject of Twitter, don’t forget to follow Rivery on Twitter for the latest news and updates.