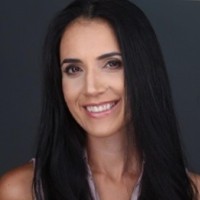 Every day, tech platforms roll out updates that are barely noticed. But occasionally, an update comes along that reorients the entire tech ecosystem.

These kinds of bombshell updates are rare, and for good reason. The major tech powers – Google, Microsoft, Facebook, Amazon, Apple – have spent years carving out product strategies that depend on cooperation.

But with iOS 14.5, Apple dropped the Silicon Valley equivalent of a nuclear bomb on Facebook and other platforms that utilize mobile app user tracking. Right now, the industry is undergoing a tsunami of API updates. And as a result, the choice to “build or buy” a data management solution is more critical than ever.

Prior to iOS 14.5, digital marketers could leverage Apple’s IDFA (identifier for advertisers) to target and track users within apps on iOS devices. But iOS 14.5’s app tracking transparency (ATT) prevents mobile apps from leveraging the IDFA without explicit user consent. Now, users must manually opt-in to mobile app tracking. Spoiler alert: users are not going to do this.

To make up for this loss, Apple is sharing limited campaign data via the company’s SKAdNetwork API. SkAdNetwork can track mobile install attribution without passing along user-level information. The API only reveals aggregate, time-delayed data about campaigns, and caps the number of campaigns that teams can monitor. While SkAdNetwork does not offer the same granularity as the IDFA, many marketers will now rely on the API for certain campaign metrics.

With the release of iOS 14.5, mobile app providers have raced to address the latest changes. Facebook, TikTok, and other ad networks that run campaigns on iOS are adjusting their APIs to return data from SKAdNetwork. Many app providers have released new SDKs to incorporate the updates.

In practice, teams can develop and update data connectors in-house, or through a data management platform. This is the classic “build or buy” conundrum. And with so many APIs changing simultaneously due to iOS 14.5, the choice has never been so important. Let’s take a look at each option.

Under the “build” model, teams must build data connectors from scratch. It can take weeks or months to construct these connectors, depending on resource allocation and personnel. All API updates are made manually by the in-house team. On the other side, the “buy” model outsources all data management tasks to a 3rd party solution, such as an ETL platform. ETL platforms do not require teams to build data infrastructure. These platforms offer pre-built data connectors right out of the box. API updates are implemented automatically by the ETL platform. For teams with a top-notch ETL platform, iOS 14.5 has not caused any API compatibility issues. These teams can focus on strategic initiatives, such as reorienting ad spending, targeting, and other big-picture items, rather than on API grunt work. However, in-house teams are in a different boat.

To respond to all these API changes, in-house teams are feverishly updating their data connectors, and for good reason. Failure to implement the API changes will have immediate consequences. In the case of Facebook Ads API, for example, out-of-date connectors cannot pull complete or accurate data about live campaigns.

But updating these data connectors does nothing to solve the core problem: creating a new ad strategy to respond effectively to iOS 14.5. And these two tasks cannot be done simultaneously. The API grunt work must be completed before the substantive work on campaign strategies can even commence.

Prior to iOS 14.5, some teams were able to make in-house data management work. Teams could build data infrastructure on delayed, cyclical schedules. The number of data connectors in development stayed low, and time constraints were less strict. In other words: the process wasn’t scalable, unlike a data management platform.

With iOS 14.5, in-house teams do not have the luxury of working on a few data connectors at a time. Right now, all of the mobile APIs are changing at the same time. In-house teams must exercise a form of engineering triage. They can only update the most important data connectors, and are forced to leave the rest on the battlefield.

The API changes are also not one-and-done projects. App providers will continue to roll out API changes in response to iOS 14.5 for the foreseeable future. In-house teams will be forever stuck in a game of whack-a-mole, forced to make perpetual data connector updates in a piecemeal, reactive fashion.

Meanwhile, teams with ETL platforms don’t have to worry about any of this. The data connectors are updated automatically. Instead, they can focus on interpreting insights and developing strategies for the new ad landscape.

Do You Want to Be a Winner or a Dinosaur?

As a result, more teams will turn to ETL platforms. But it’s important to keep in mind that not all ETL platforms are the same. At Rivery, we constantly monitor and implement API changes as soon as they happen. Our customers never have to worry about data access. Our platform is always up-to-date for all the data sources impacted by iOS 14.5. We’ve already done the heavy lifting so our customers can focus on what really matters: generating results and winning with data.

Continue to visit our blog – we’ll keep you up to date on the impact of iOS 14.5 as the industry response plays out!